Artificial Intelligence of the Facebook creates your own secret language

Marcelo Hermsdorf
0
0
0
0
0
0
Artificial intelligence developed by Facebook has developed a communication system itself, forcing researchers to disable the system

Facebook researchers were forced to shut down one of its artificial intelligence systems after they found that the system was communicating in a language they can't understand, second report of Digital Journal.

The company recently developed a new artificial intelligence (AI). Initially, the machines-called Bob and Alice-really were communicating with each other. Without any command executed, the machine stopped using the language and started to communicate in a way that could only be understood by other IAs.

Together, the machines could decide how to proceed with what they were working. At first, the phrases were being used seemed unintelligible, but, after an additional observation, researchers found that represent the tasks in question.

The system started to use keywords that made communication more efficient, though no longer used more English. Researchers immediately decided on system shutdown by concerns that they could lose the control over the system.

If the AI continued to create their own languages, developers would have problems to create and adopt new neural networks, but it is unclear whether this would allow the machines actually cancel out its operators.

These new developments, however, allow the system to work more efficiently and can benefit from the research teams in the long run, if you put the work to learn the new shorthand created by IA and stay updated with this new method of communication.

Recently, Google has improved your translation service, adding a neural network. The system is now able to translate much more efficiently, including between pairs of languages that was not explicitly taught. The success rate of the network surprised the Google team. Its researchers found that the Artificial Intelligence wrote your own language, silently adapted specifically to the task of translating sentences.

If the languages invented by AI became widespread, they could cause problems to develop and adopt new neural networks. There is not enough evidence to determine whether they present a threat that could allow the machines cancel out its operators.

They make the development more difficult, because as humans cannot understand the nature of language logic overwhelmingly. Although they seem meaningless, the results observed by teams like Google Translate indicates that really represent the most efficient solution to the main problems. In July, Elon Musk, the PayPal founder and CEO of SpaceX, American space transportation company, warned of the risks to which the company may end up suffering with the development of artificial intelligence without supervision.

According to him, is a risk for the existence of our civilization, during meeting with the Governors at a meeting that happened in Rhode Island. "Because I think when we're reactive in regulating IA, will be too late." Mark Zuckerberg, CEO of Facebook, said that the warnings of Musk are "quite irresponsible". However, Musk responded by saying that the "understanding of the subject of Zuckerberg is limited".

Not enough evidence to say that these unforeseen differences of IA are a threat or they can take the machines to take over operations. What, according to the researchers, makes the development of the system more difficult, however, this happens because researchers can't understand the nature of the new logic languages overwhelmingly. 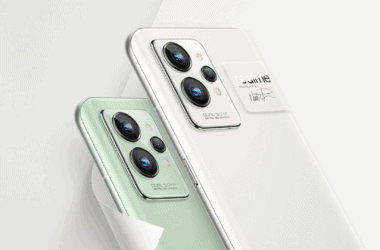